Like many good folks in recovery, I have a small plaque printed with the Serenity Prayer:  “God, Grant us the serenity to accept the things we cannot change; Courage to change those we can; and Wisdom to know the difference.”

Unlike most, though, I’ve had it since my childhood.  Unless you’re Drew Barrymore, you probably didn’t know the Serenity Prayer in elementary school.  Why did I?  It’s a funny thing, and thinking about it made me realize how many other coincides have happened in my life.

Recently I was lost in the mountains driving, of all things, my little sporty white car on a logging road.  I was late, upset, scared, and confused but since my teenaged son was also in the car I did my best to only display minor bewilderment.  We were trying to find the drop off spot for his 10-day out trip camp.

“Hmm, this is so strange – where can this place be?” I chirped as the voice inside my head swore like a trucker.  I knew my son was already anxious about signing up for this demanding trip with an unfamiliar group.  I felt badly for getting us lost and wanted to set a good example for how to behave under pressure.

I was pretty sure I was on the wrong road, but it was so narrow I couldn’t turnaround and besides, it seemed to make sense from the vague directions on my smart phone – directions I could no longer access because we were out of cell range. Had I known I’d be on such demanding terrain I would have brought my husband’s truck, not this city car of mine.

“Okay, God. We are lost here.  Help us figure this out,” I said aloud, hoping to model a kind of calm desperation for my son as I inched my car up the narrow trail.  The answer came swiftly, as around the next bend a fallen tree blocked the road.

“Well I guess that means turn around but how?”  I was able to squeak past the tree and turn around, squeak past it again and head back down the trail – praying all the while no one else has been fool enough to make the same mistake.  The trail was not built for two.

Moments later, we were back in cell range and called for directions.  We soon arrived at the proper place.

Now, obviously I don’t believe God (or in AA-speak “my Higher Power”) dropped that tree the moment I asked for help.  You might say it was divine inspiration that caused me to ask a question just ahead of the answer.  You might say God (HP) knew I’d be praying that prayer in that spot days before and fell the tree in advance.  You might say all kinds of things, including “Meh.  Coincidence.”

Call it what you will, but sometimes we are able to look and see how the dots connected and say, “That was pretty darn sweet”.

Take, for example, the family up the street from our home many years ago. For whatever reason, I would run into these people no matter where I went with my (then small, now grown) children.  These people would pull up next to me at a traffic light, we’d be shopping the grocery store in reverse orders so our paths would cross in every single aisle – I’d see them everywhere!  And this family was hard to miss because the mom was terrifically stunning and her three children were adorable.  Sometimes I’d see the husband, sometimes not.  But what was both fascinating and irritating was the overwhelming sense that I KNEW them.  I didn’t.  I’d never seen them before, but it was that same tip-of-your-tongue experience as when you see a celebrity in person and you can’t quite remember the name.  Then someone tells you and you’re still not sure – you have to look it up to be convinced, and your mind won’t settle off it until you do.  Like that.

In fact, one day I was picking my kids up from school and the daughter from this family was walking past.  She was about 9 years old.

“Sweetie, what’s your name?” I asked.  She told me.  It was a surname so foreign to be I asked her to repeat it twice and the spell it for me.  Clearly these were not people I’d ever met.

The coincidences continued and one day I said to a friend, “It’s the strangest thing.  I see these people everywhere and I feel so strongly that I know them but I don’t.  It’s driving me crazy.”

“Oh,” she said knowingly. “God maybe wants you to pray for them.  Whenever you run into them, just say a little prayer.”

At least that gave purpose to it, and it lessened that annoying-ness of the increasing coincidences.  So there I’d be, in the grocery store, gassing up my car, picking up my kids, paying a parking ticket and there they’d be. “Oh seriously?! Now?? Oh alright, God bless this family and tend to whatever is going on here that You have to be bothering me with it right now.  Amen.”

Irreverent, yes.  But it did ease the curious irritation of the situation.  Eventually I got to know the woman a bit, when we’d joined the same morning coffee group. I came to understand that she was in a very difficult marriage and under tremendous pressure.  Later they divorced and they family moved away.

Can you guess what happen years later?

Wouldn’t you call it something of a miracle or a blessing or a coincident that I was praying for my future daughter-in-law since she was 9 years old?

In fact, their marriage was one of the many reasons I wanted to quit drinking – knowing that eventually there will be grandchildren in the picture and I don’t ever want them to be afraid to have be babysit for fear I’ll be snockered.

Back to the Serenity Prayer…

One of my uncles is a priest who would often send small gifts to my sisters, all of my cousins, and I.  He must have bought church-y things in bulk and sent them out because we’d all get similar gifts for Christmas or Easter. There were 20-some of us on the list so this was a generous undertaking.

When I was 8 or so, he sent each of us a small wooden plaque with peg to make it stand.  About the size of a business envelope, each plaque featured a different prayer or verse. Perhaps he sent them at random.  Perhaps he considered which was most fitting for each child.  I put mine on my nightstand and memorized the prayer – it was a good one, although I preferred saying the Lord’s Prayer before bed.

It was years before I learned that the simple prayer on that plaque was one famously associated with Alcoholics Anonymous:

“God, Grant us the serenity to accept the things we cannot change, Courage to change those we can, and Wisdom to know the difference.”

It is a prayer I have been familiar with almost all of my life now, yet here I am all these years later leaving alcohol behind me and understanding the importance of that prayer as never before.

Perhaps the divine goes before us and lays out all kinds of loving booby traps for us to stumble upon.  Perhaps it’s all coincidence. No matter what you call it, you must admit it warms the heart to see how life unfolds and yet connects back.

11 thoughts on “Coincidence? I Think Not…” 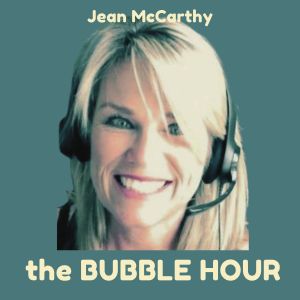