Every once in a while we are asked to consider what we would do if we only had a few weeks left to live.

I thought about this the other day and realized I wouldn’t do much differently.  I’d want the usual routine of family life I now enjoy, morning coffee and paper in bed with my husband and our pups, dropping by the office during the day, family suppers, activities with the kids, evening walks, visits with my sisters and my friends.

Interesting.  “Nothing different?” I asked myself. “I guess I could start drinking wine again.  What would it hurt?”

“Why not?” said my Itty Bitty Shitty Committee.  “You’d be dying anyway, so what the heck?”

I thought about it.

Yep.  That’s what it would take to make it okay for me to start drinking again – terminal illness.  Good to know.

Some part of my brain sat back and observed “the committee” in action.  Some new, calm part of me that inserts itself between thought and deed was adding a secondary assessment of all this.

After a brief pause, she spoke in a warm, assertive tone.

“Really?” she asked kindly.  “Is that really what you’d want, to undo this achievement in your last days?  To see disappointment in the eyes of your sons instead of respect and love? To fog the mind and avoid absorbing every second of life? To withdraw and comfort yourself instead of reaching out and comforting others?

“Your last weeks should be your best.  You must live out all you’ve learned.”

Yes, I thought.  If I were dying, it would be more important than ever to stay the course.

“You are dying,” the rich, warm voice continued in my head.  “Everyone is.  We just don’t all know the timeline.”

What I learned from this discussion between the forces within me is that even after seven months, my patterns of addiction are still bubbling away beneath the surface.  Perhaps they are more dangerous there now, because they continue while I carry on above thinking I have things under control.

I used to think it was an extreme position to say that alcohol addiction is a life long battle.  I used to think I would get through extricating myself from an unhealthy pattern and be done with it.  In truth, I thought by now I would  “finished”.

I understand now how the work goes on and on.  The individual evolves intellectually and emotionally but so too does the addiction.

I learned anew that my mind was creating limits for itself, and that I mustn’t become complacent.

I also learned that there is a part of me with a voice like Diane Sawyer – an elegant, strong virtuous woman in there who can override the committee.  I like her.  She wears cashmere sweaters and tasteful gold jewelry.  She smells like fresh flowers, and she doesn’t often bake but she always brings a hostess gift.

She can come out and take over anytime. 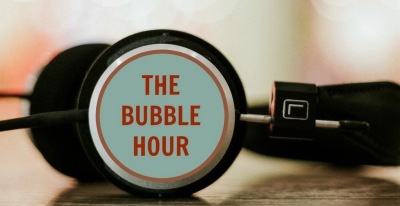 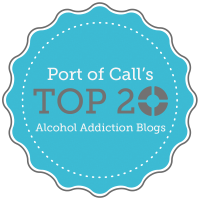