I recently changed my hair colour from (monthly-salon-visit) blonde to (do-it-myself) red. The change was mostly motivated by convenience, and perhaps Julianne Moore played a role, too. When I had an actual hair colour of my own it was strawberry blonde, so neither one feels to foreign to me. 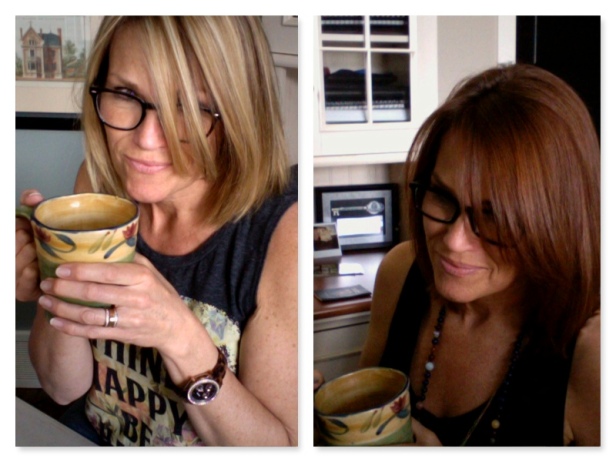 The thing about hair is that others see it constantly while the person under the crop forgets about it by breakfast.  For the first few days, I was a bit startled each time I passed a mirror, but otherwise I felt like myself. Others, though, seem to be having a harder time adjusting to the new look. After four months of redheadedness, I still hear “Wow, I didn’t recognize you!” on a regular basis.

One of my husband’s friends asked him “Who was the red head I saw you with?” after spotting us from afar on the golf course. A friend I met for lunch said, “Wow, it’s like RED red,” which I interpreted as neither a compliment nor a criticism – just a reaction to change.

My feeling is that I messed with others’ perception of me by altering my looks, and no one has been shy about mentioning it. I don’t feel offended by any feedback because I love my red hair – it is on-trend, flattering, age appropriate, lower maintenance, an a small fraction of the cost of those cute blonde salon highlights.

It occurred to me the other day that people have been much more vocal about my hair colour than they have about the even bigger change in my life: becoming a non-drinker. When I gave up alcohol, I worried mightily about what others would think and say about it.  I had none of the confidence about my sobriety that I have about my hair, and felt overly awkward and vulnerable.

If people said the things about my sobriety that they have said about my hair, would it be such a big deal?

Wow, I didn’t recognize you without a glass of wine in your hand!

Hey, who was that sober chick I saw you with?

It makes me smile just to play the game in my mind. No one says those things, but so what if they did? No one notices or really cares that much what’s in my glass. Still, I’ve worried SO MUCH what people might think about my sobriety and SO LITTLE if they liked a change in my appearance.

These days, I am very open about being a non-drinker and answer (fairly) easily if asked why. But truly, it’s mostly a non-issue for other people.

If you are newly sober and feel self-conscious around others, take heart. Wear something fabulous, learn a couple of new jokes, or change your hair colour. People are easily distracted.

43 thoughts on “What Will Others Think?”